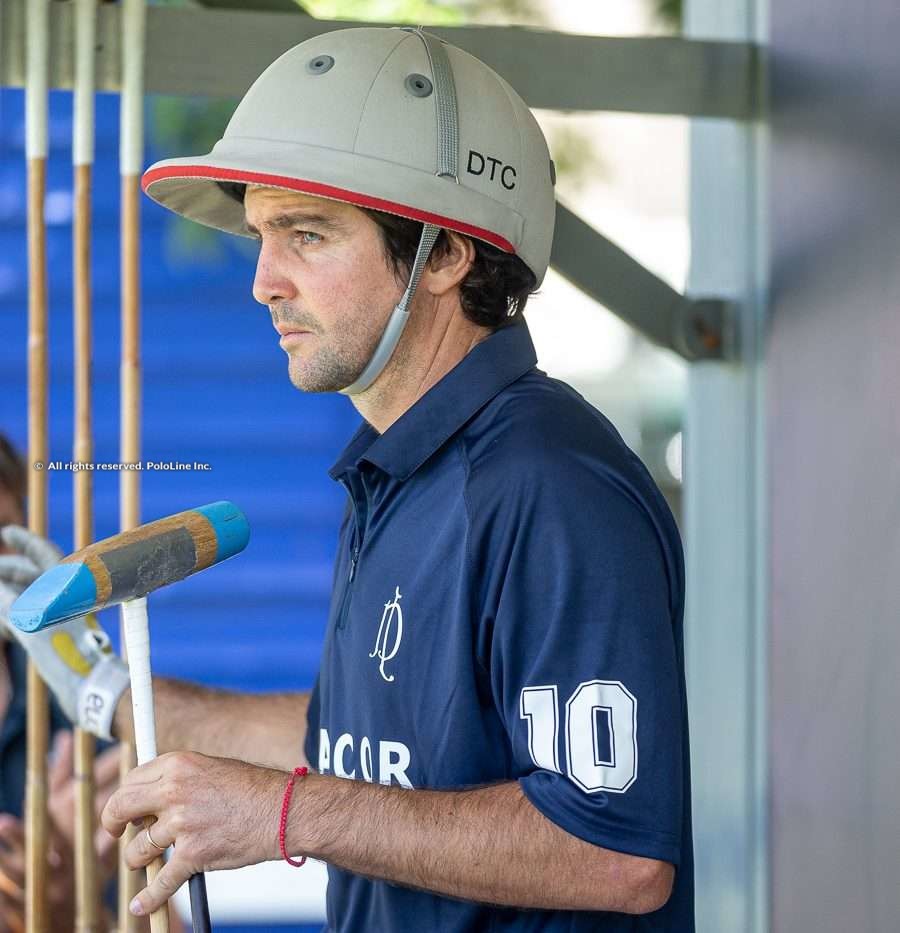 The announcement, on Christmas Eve, that La Dolfina’s historic foursome were parting ways was a shock to the entire polo community. After ten glorious years, which includes nine Argentine Open titles, among other significant achievements, the Fab Four – Adolfo Cambiaso, David Stirling, Pablo MacDonough and Juan Martín Nero – confirmed that they will no longer be playing together.

While the announcement came as a shock, the decision was not overly surprising. What what totally unexpected was Mac Donough and Nero’s next move. It has now been confirmed that they will both represent RS Murus Sanctus in 2021. On the other hand, Francisco Elizalde, part of Corinne Ricard’s French organisation, and one of the best players of the Argentine season, will be joining La Dolfina. The question then was: Who will be the fourth man? It then emerged that Diego Cavanagh was one of the strongest contenders to join the team.

Finally, on December 29, the mystery was solved: Cavanagh was confirmed as the fourth man. A skilled 9-goal player who has shone playing with La Dolfina Polo Ranch over the past few years, Cavanagh almost lead his team to the final of the Argentine Open. Diego has been an essential part of the Cañuelas-based organisation, and the leader of the second La Dolfina team, that made their debut at Palermo in 2017.

“I am very happy,” Cavanagh told to PoloLine. “On one hand, it is a bit sad to leave my old team, because we are great friends and we have had a really good time. But I couldn’t refuse the offer to play with La Dolfina, it is an opportunity I couldn’t miss. To be able to play with Pelón and Adolfito, two players I admire very much, is a dream come true for me.”

The relationship between Cambiaso and Cavanagh has been ongoing for many years. In addition to being part of the Cañuelas-based organisation with La Dolfina Polo Ranch, which allowed him to ride some of Cambiaso’s best horses, such as Carla, Cavanagh has played with Cambiaso on several occasions. Their most recent season together was in England, in 2020, with Next Generation, a lineup that saw Pelón Stirling step down due to injury right before the semifinals of the Gold Cup. So Cavanagh was given the opportunity to step up and play alongside Poroto and Jean-Francois Decaux. They did extremely well, winning the Gold Cup for a second time (the first was back in 2014 with Dubai, which was also the first international title for the Cambiaso-Cavanagh duo).

But prior to that, Cavanagh and Cambiaso won the American Triple Crown (CV Whitney Cup, USPA Gold Cup and US Open) representing Valiente, and in 2019, they won the San Jorge Open in Argentina, alongside Poroto Cambiaso. In 2020, they also won two World Polo League tournaments.

“From the very beginning, it has been easy for me to play with Diego,” Cambiaso told to PoloLine, after winning the British Open in July. “He gives me a lot of confidence. Diego makes me a better player, I understand him just by looking at him, and that is something that happens with just a handful of players. When Pelón was injured, Diego was the only player to come to mind to replace him, not only because we have already played together, but he also played with Poroto in the United States and in the San Jorge Open. I always believed in him.”

“He played with my horses, and he did very well,” shared Pelón back in July, after the British Open victory. “He knows how to play finals because he is used to it, and he has shown he can do it. He deserves this, he has worked very hard to get here.”

Therefore, in 2021, La Dolfina will play the Argentine Triple Crown rated at 38 goals. Diego Cavanagh is confident and will work to do his best for the team. “I am ready to face this challenge,” he says. “I am much more experienced now, but you can always improve your level and your organisation. My goal is to contribute as much as I can to the team, and take advantage of this opportunity.”