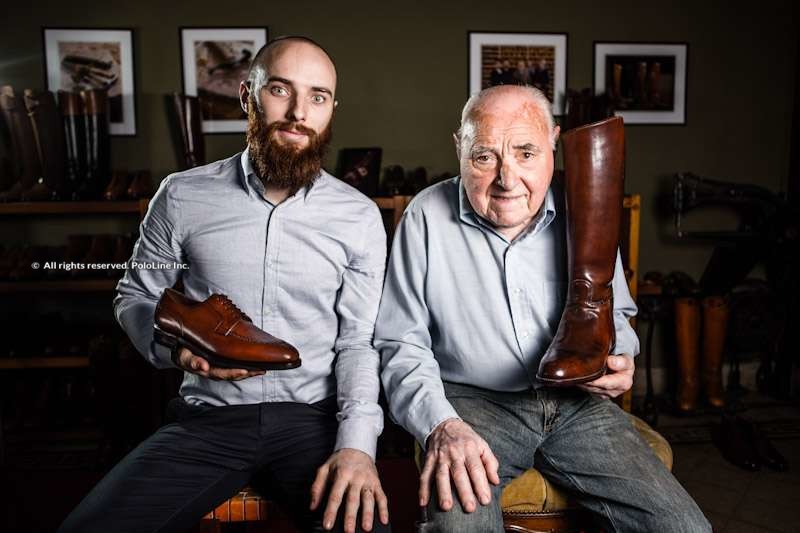 Casa Fagliano represents over a hundred years of traditional craftsmanship and a family that has shaped the history of polo in Argentina.

Polo made it to Argentina thanks to British pioneers, after they discovered this ancient sport in India. They then exported it to their homeland and beyond. In the 18th Century, the Argentines invited the British to develop their mechanised form of agriculture. Given their vast lands and inherent passion for horses, as well as the acquaintance with the Gaucho and the recent discovery of this new fashionable sport, the British quickly realised that Argentina could be a polo paradise.

In parallel, in 1892, Pedro and Giacomina Fagliano, Italian migrants from Genova, opened a shoe workshop in Hurlingham, close to where the British held their Estancias. In 1920, an English polo player entered Casa Fagliano and asked for his boots to be repaired. A few days later, he returned, delighted with the result and immediately asked the craftsmen if they could manufacture another pair from scratch. And so began a role that would place the Fagliano among the most revered polo boot craftsmen in the world.

A century and five generations later, the Fagliano craftsmen are still based in the small workshop, using the same sewing machine their ancestors used. There is a level of exclusivity involved when one ownes a pair of Faglianos. The craftsmen only produce up to 80 pairs a year. Everything is handmade and the brand has always chosen quality over quantity. The clientele has not been limited to professional polo payers; the brand has also been chosen by royalty, including members of the British Royal Family, and the Kings of Spain and Brunei, as well as movie stars such as Will Smith and Tommy Lee Jones.

The Fagliano craftsmen have used their knowledge of the polo boot and adapted it to design the polo enthusiast off the horse as well,  thus creating a unique collection of urban boots, inspired by the design of their famed equestrian boots. The goal is to reach a new generation of customers who are able to appreciate the excellence and refinement of a product that reflects the history of the Fagliano family. By fusing the principles of the artisanal traditions of Italy and the concept of British distinction, the versatile collection offers a shoe for every gentleman, season, and occasion.

Whatever you ride, Casa Fagliano is here to dress your feet.