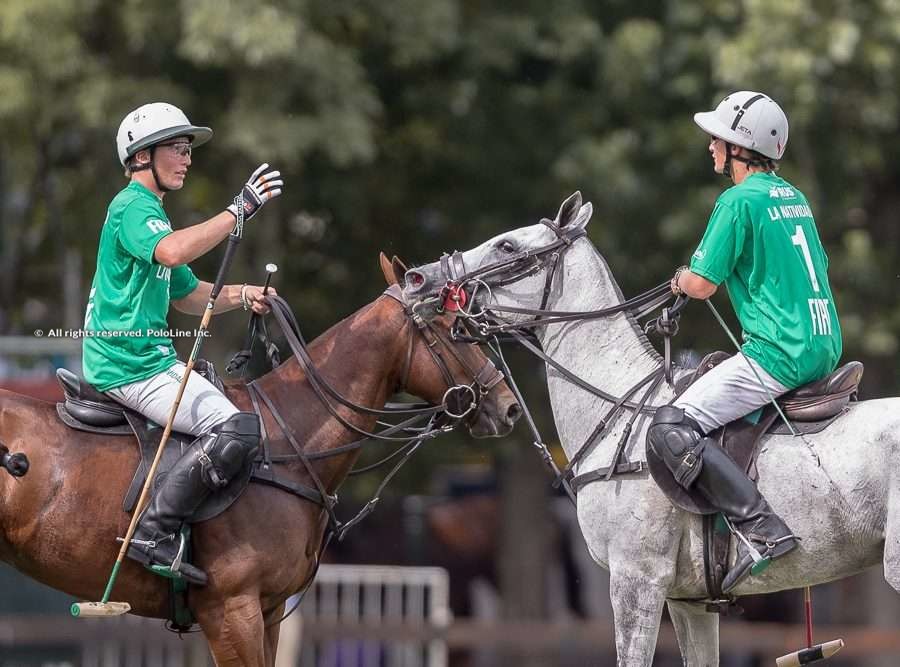 What more can we say about brothers Barto and Camilo Castagnola? The polo world has been waiting for this moment for several years now; while it is hard to determine when they started the climb to the top, winning the Republica Cup with their father Lolo in 2016 definitely put them in the spotlight like never before.

Bartolito and Camilo Castagnola debuted in the Argentine Open at Palermo at the age of 18 and 16, respectively, and from the very first play against La Albertina Abu Dhabi on ground two, they took control of the match and showed their skill. Matías Torres Zavaleta also had a great debut in Palermo, as did Nachi Du Plessis, the player who Lolo Castagnola states is responsible for forming this team.

It was amazing to see Camilo Castagnola score his first goal before the first thirty seconds of the match. The young player kept his cool throughout the match, scoring a total of six goals for his team. The field wasn’t in the best condition, but Camilo was unfazed; he controlled the ball well and made scoring look easy. So much so that the only doubt left is whether he will finish the season on 7 or 8 goals.

His brother Barto also impressed the crowd. It is obvious that he boasts a supreme talent, and a sharp eye for the ball, but his main virtue is his mental strength, and his ability to manage the pace fo the match in a way that most players twice his age are unable to do so. He took charge of the game from the first throw-in, and he didn’t let up until the final bell rang. He has had a spectacular year so far, but his objectives go far beyond winning a match in Palermo. Barto gives the impression that he could play in any team in the world and not be daunted by the level.

These boys have shown that pressure is not a problem for them, and that the sky is the limit. They are a breath of fresh air, and everyone is fighting for a chance to play with them. The most eagerly anticipated fixtures of the Argentine Open, aside from the final and the clash between Ellerstina and Las Monjitas on December 8, are the ones where La Natividad will take to the field.

So far this year they have won the President’s Cup in Ghantoot (Abu Dhabi), the La Cañada Open, the British Open Gold Cup, the Junior Open, the Medium goal Metro Mediano, the high goal Metro, and they managed to qualify for the Argentine Open. But this is just the beginning.