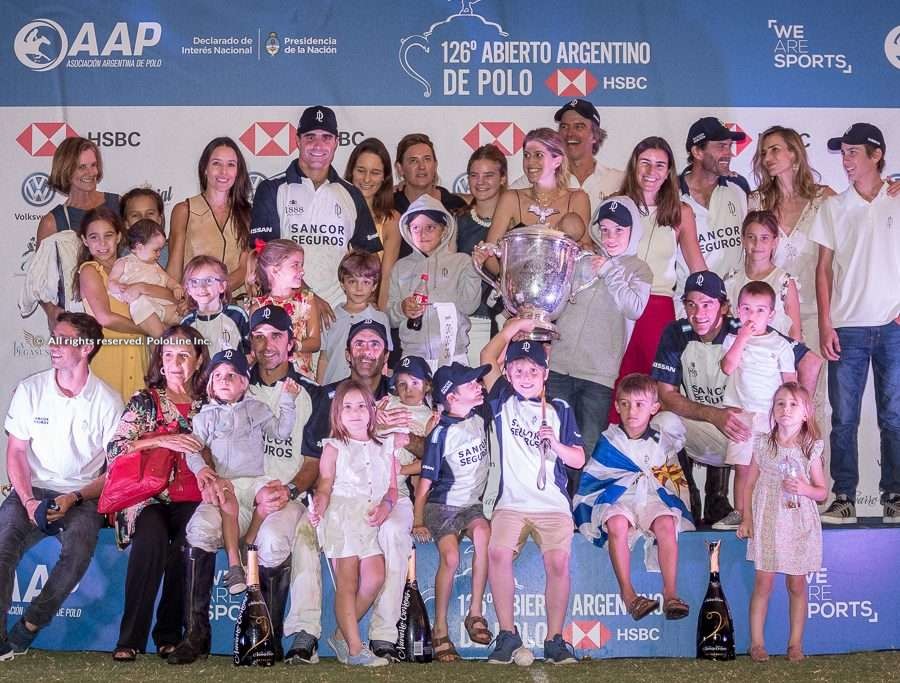 Looking back over the year gives us the opportunity to reflect, and remember the great moments that came before the grand finale that is Palermo. Back in January 2019, there were several interesting developments in the international polo world, like the division of the high goal in the States, with the Gauntlet of Polo (22 goals) at International Polo Club on one hand, and the new World Polo League (26 goals), organised between Valiente and Grand Champions Polo Club, on the other.

Pilot dominated every facet of the Gauntlet of Polo, claiming the three titles of the championship, and the million dollar prize money. The team composed of Curtis Pilot, Facundo Pieres, Gonzalo Pieres, and Matías “Colo” González won every single match of the series and left no room for doubt in anyone’s mind that they were the champions of the season. Las Monjitas took Pilot on in two of the finals, but they were unable to thwart them. Dutta Corp (T. Dutta, L. Díaz Alberdi, R. Colombres, Kris Kampsen) also deserve a mention, being unstoppable in the 20-goal.

The debut of the World Polo League, with Valiente, Adolfo Cambiaso and Grand Champions setting the tone, was successful, especially considering the increase in job opportunities that the series provided over the first quarter of the year. Such was the case that, at moments, it was almost impossible to find players, or even horses to rent. Hopefully the league will stand the test of time, as the four tournaments provided ample entertainment throughout the season.

There were also high expectations in Thailand, with two 14 goal tournaments set as part of the Royal Malaysian Polo Association League throughout the month of January, which meant that there was a lot of movement in that area at the beginning of the year. La Familia, the Malaysian organisation headed by Mohamed Moiz, made their mark by taking the titles of both tournaments.

Over in Dubai, one team was superior to the others: UAE, the organisation belonging to Sheikha Maitha. They gave a great performance in the Gold Cup Series and had an unforgettable season. Youngster Tomás Panelo stood out among the players, proving that he has much potential and a bright future ahead of him. UAE Polo ran out grand champions of the Dubai Gold Cup Series, and the investment in Ale Muzzio turned out to be a smart decision. The partnership between UAE Polo and El Overo, Lucas Monteverde’s organisation, was certainly one of the most fruitful of the year.

At that moment, before flying off to Dubai, the Castagnola brothers were already gaining attention over in Argentina, winning the La Cañada Open, and reaching the final of the República Argentina Cup, where they fell to Pascual Sáinz de Vicuña’s La Esquina. But the moment of glory for the boys was not too far off.

The much anticipated English season started with much excitement, with new teams registering to play and several strong contenders for the two main titles: The Queen’s Cup and the Gold Cup. Black Bears hosted a very attractive 18 goal tournament at the beginning of the season, and it was all go from there. A few weeks later, at Guards, Australian patron David Paradice had the honour of lifting the the Queen’s Cup in their tournament debut, after defeating Park Place in a final that saw stellar performances from James Harper and Nico Pieres.

It was in the Gold Cup at Cowdray where the Castagnola brothers began making a name for themselves. They faced La Indiana, led by Facundo Pieres, in the quarter finals, and beat them fair and square. They passed through the semifinals and made it to the championship match, where they faced King Power, in what was a special season for the organisation, being the first without Vichai Srivaddhanaprabha. The match was forced into extra chukka; that was the moment that Camilo Castagnola secured possession of the ball, and with all the coolness of a seasoned veteran, smashed the ball through the goal posts to win the prestigious title.

In France, a country which boasts one of the best medium goal seasons in the world, Polo de Paris celebrated their 125th anniversary of its Open. The final saw Sainte Mesme and La Concepcion, the two best teams of the season, face off; after a hard fought match, the former claimed the title. Over in Saint Tropez, another season in paradise began, with first rate sporting installations and breath taking beaches. Over in Chantilly, the Spanish team Marqués de Riscal won the Open de France, while Talandracas took the traditional Coupe d’Or in Deauville.

August was all about Sotogrande. Even though the season had to overcome several challenges, some of the world’s best organisations stepped up to compete, and all three levels of polo were successful, showing much quality polo. Brunei was the stand out team of the season, taking titles in the high and medium goal.

Finally, the Argentine season arrived. September was as intense as ever, ands an unforgettable month for Curtis Pilot, no doubt; he had the honor of playing on Palermo’s number one ground and winning a high goal title—the Jockey Club Open—after beating La Dolfina Valiente, a team which boasted three 10-goalers in its line-up.

But before that, the San Jorge Open had five teams in competition, one of which saw Adolfo Cambiaso playing alongside his thirteen year old son Poroto. They were accompanied by Diego Cavanagh and Juan Martín Zubía. The team managed to win the title, defeating the three Pieres brothers in the final, who were representing Pilot.

The truth is that the fixture was pretty tight, due to the incorporation of new tournaments. In the Tortugas Open, Camilo Castagnola made his tournament debut and entered the field for a few minutes representing La Dolfina, thus becoming the youngest debutant in the history of the Triple Crown. That was the beginning of all the great that was yet to come this season.

It was a challenging time for Ellerstina, an organisation that aimed to win every tournament they competed in, but namely, qualify once again for the final of the Argentine Open, a feat which eluded them in 2018 after losing the tournament semis to Las Monjitas. Neither La Z nor Camilo Bautista’s organisation were able to tame the beast that is La Dolfina; the organisation secured the Hurlinghgam Open title, and while Ellerstina were able to win the Tortugas Open, when Palermo came around, La Dolfina left no room for doubts. The final was played on Saturday, December 14, and Cambiaso’s team proved that they know no limits. The organisation claimed its thirteenth title, the eighth for the current line up, and the sixteenth for Adolfo Cambiaso himself.

To round up, it is worth highlighting everything Barto and Camilo Castagnola have achieved this year. Not only did they prove that they are spectacular polo players in their own rights, but they brought life to Palermo’s number two ground. They finished the season going up two goals a piece—Jeta from 6 to 8, and Barto from 7 to 9. They were a breath of fresh air at a time when the sport was in dire need of change. There hasn’t been so much excitement surrounding one or two players since 2003, when Facundo Pieres made his much awaited debut. Everyone was expecting the Castagnolas to shine, but the truth is that they exceeded every expectation.