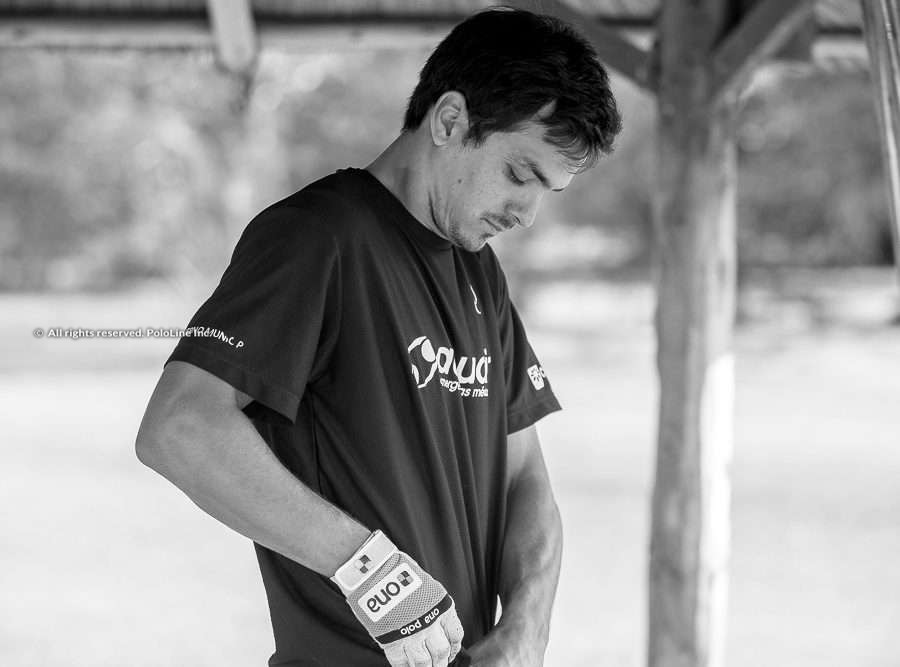 Following an unforgettable 2018, that saw him playing high goal in the three most competitive polo destinations (US, UK and Argentina), Juan Britos is already settled in England to go through a new season with Park Place, Andrey Borodin’s second time within 22-goal. Prior to his departure to England, the 26-years-old spent a few days in Argentina after his return from US, where he played The Gauntlet of Polo, in Wellington, with Park Place as well.

“Although the season in the US was fun, it didn’t work out as we wanted. It was a difficult year, with brand new horses. Not excuse at all, but to say the truth, it was not that easy to play against organisations that have been settled there for many years and against very solid and competitive opponents. I guess we will have to work better on the organisation for next year”, says La Dolfina Polo Ranch’s brand new man.

And he breaks the news: “The idea is go back to Palm Beach, play 22-goal again and see if we can do better”

As we said before, 2018 saw him playing at a high level thoroghout the whole year, but the best came at the end, when he made his debut at the Argentine Open with La Ensenada. “Last year was a dream come true to me, the best year of my life so far, bsoloutely incredible. And the opportunity to keep playing the highest rated tournaments of the world after that, is a delight for me; it’s still a dream. I want to remain on the top as much as possible, do my best to play well in every team and keep improving. Every high goal season is very demanding, with many great players; you have to organise as well as you can and do things well”, Juano remarks.

With his mind already set on a very hard upcoming British season, that will feature 12 teams to compete for the Queen’s Cup, Park Place have a big challenge ahead – to improve their 2018 performance, when they earned a spot in the final of Guards’ premier tournament. On that matter, Juano Britos says: “Park Place is a good organisation. They have been investing money for a long time which allowed them to grow a lot. I think we did very well in our first high goal season, and the expectations are always good –  maybe higher this year. We want to win; Andrey is very much looking forward to winning and he is doing his best in order to achieve that goal. He deserves a title. Hilario is at his best, he is playing great, always steps into the finals. Our aim is to work good as a team, even better than last year, that’s the important thing”.

And he adds: “In terms of horses, we are doing much better. Andrey won’t be playing medium goal, which means that the horses will be available only to play high goal. Hilario and Andrey brought around 8 horses apiece, and we added 10 more horses we loaned from Guille Terrera’s string. That means that we will be much better mounted”.

Park Place are due to make their debut within high goal on Sunday May 12, against Monterosso, in the Prince of Wales Trophy. Unlike 2018, Andrey Borodin’s foursome decided to play one tournament before the Queen’s Cup. “We weren’t able to play it last year because we didn’t have so many horses, so we decided to do only team practices. But we realized it was a mistake – it is much better to play at least one tournament before, which helps not only to check the team performance but also to determine which horses to add to the final list”,  says last year’s runner up.

Up next and once the season in England is over, Juan Britos will be back to Argentina, to join a new project as La Dolfina Polo Ranch‘s brand new member, a lineup which he will play with in the upcoming 2019 Triple Crown, in Argentina. The kickoff will be the Tortugas Open as usual, that have been decided to feature eight teams instead of four as previously announced. “Having eight teams is great. I think four lineups would have make a short tournament, and it would have been a shame for the rest of the teams to miss it. For example, La Ensenada ended up in eighth place – that way, it wouldn’t have been possible for them to play the complete Triple Crown. And to be able to play of the complete Triple Crown is the best thing that can happen to any polo player”.

Last but not least, La Dolfina Polo Ranch’s brand new boy, reflects about a very important issue that will be determined in England within the next few days – a new format for the Argentine Open in 2020. “There are many options, but I will take my time to decide which one I like best. But I definetly like to have several teams, otherwise you wouldn’t be able to play against the best ones. If the choice is to have 4 or 5 teams, it wouldn’t be the same for the lower rated teams to play an Open B than to play the Open A. I mean, you would spend everything you have and you are not able to play the important Open. Maybe it is hardest for the top teams to play against the lower rated lineups, because for them it is a match that does not make sense. But for those lower rated teams it’s important, in order to get experience and learn a lot. I like the Open to have 8 or 10 teams”.